More than 130 million people have seen The Phantom of the Opera on stage since it first opened in London in 1986. It has won a million awards, is the longest running play in Broadway history, the second-longest running West End musical and its soundtrack has gone four-times platinum.

Having clocked an estimated $5.6 billion in revenue in the last 30 years, The Phantom of the Opera is considered ‘the most financially successful entertainment to date.’

The Phantom of the Opera is one other thing, however.

It is a terrible movie.

Given the immediate and spectacular success of Phantom, creator Andrew Lloyd Webber, for obvious reasons, began thinking about a film adaptation right away. (Michael Jackson approached him about playing the Phantom, apparently.) The film rights finally went in 1989, with a young filmmaker signed on to direct – Webber had seen The Lost Boys and been impressed with how the director used music in the film, and so the young auteur Joel Schumacher tied himself to the project. Originating stars Sarah Brightman, who was married to Lloyd Webber, and Michael Crawford agreed to reprise their roles.

Trolling the Hugos: Grab your goats!

All today's fun will be taking place on Twitter at #trolltheHugos - follow @thebooksmugglers, @thefingersofgod and @pornokitsch for enlightened banter and clever wordplay. Or something like that.

Your quick reference to today's events:

The Troll and Troll 2 drinking games are here.

The Book Smugglers' introduction is here.

The recipe for pulled pork that we're using is here.  (Although we eschewed their rub for one of our own. Plus, lots of chipotle peppers. Yum.)

The Hugo Awards' shortlists are here.

Troll and Troll 2 on IMDB.

"Monsters and Mullets" - Anne's series of reviews of [other] [terrible] 80s fantasy movies.

Trolling the Hugos: Rules of Engagement

In the spirit of the Hugo Awards, we wanted our "Trolling the Hugos" session to have several thousand pages of incomprehensible rules. Except in this case, we're not doing something as trivial as deciding the year's "Best Novel". No no no... we're drinking.

Ana, Anne and I have never seen the infamous Troll duology, so we selected random things based on the movies' IMDB pages. Thea, who has actually seen the movies (bless her), vetted them for spoilers and gave us her blessing.

(Please don't spoil this for us. The omnipresent threat of drink-downing is part of the fun.)

Here are the rules  - 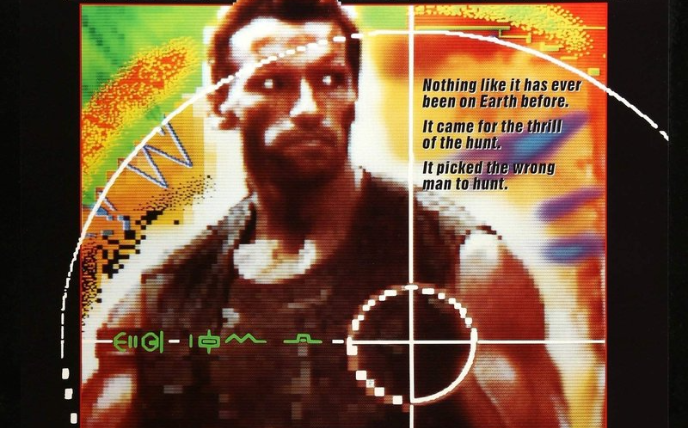 And that does Predator a disservice. There were rules about being a little girl in the 1980s, and those rules included this: mermaids are awesome, always. (Also, unicorns are the best.) Despite never having seen Splash, I knew it had to be the greatest film ever produced. (The Last Unicorn aside; see above.) Splash could, to my fevered little girl’s imagination, only have been improved it if were about a pirate paleontologist mermaid. And maybe it was! My parents wouldn’t rent it for me, so I had no idea. Splash might well have been about a time-travelling, adventure-having, world-saving princess mermaid pirate paleontologist with a pet dragon and a magical sword.

I finally got around to watching Splash sometime in the mid-90s, and I recall finding it more boring than anything else. Having long since gone off mermaids, and having never really cared about Tom Hanks, Splash just didn’t have much to offer my wide-wale-corduroy-wearing teenaged self. It washed across my consciousness leaving little behind but the faint, salt-flavored trace of a childhood dream disappointed.

What if, deep within the heart of Splash’s puerile fantasies and comedy sexism there’s another film – a secret film? A film that’s not a stupid 80s romcom but a profoundly melancholy examination of a dying child’s fantasy about the adult life he’ll never experience?

Sounds crazy, doesn’t it? Bear with me, and let’s see where this ship takes us. 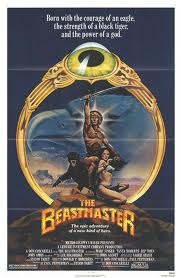 Of course, in this barbarian movie, Doctor Dolittle Dar can talk to the animals.

The opening titles are credits shakily interposed over dark photographs of two animals: the eagle appears to be a living, breathing animal (indeed, these are stills from the film), but the "black tiger" is clearly a single taxidermied tiger shot from a few different angles. There's a particularly awful irony to that fact; the actual, living tiger used in the movie died two years after filming wrapped because the black dye they used on it was toxic. Which is a bummer of a fact to begin this review with, but there it is. 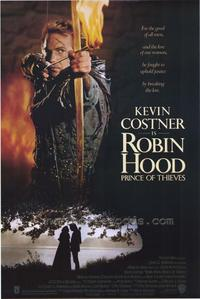 This is a terrible movie. It is also a wonderful movie. It is, indeed, everything a great Monsters & Mullets movie is supposed to be: equal parts nostalgia-evoking, horror-inducing, cringe-warranting and adoration-justifying. It is horrific contrivances running amok amidst the pillars of some of modern film’s greatest campy acting, chased down by the swelling tide of heroic music and lovingly beaten to death by absurd slow-mo action sequences.

It is Robin Hood, Prince of Thieves. And it is amazeballs.

The film opens with a titles crawl over the Bayeux Tapestry. The use of the Bayeux Tapestry here is important for one of the following two reasons. A) Because the Tapestry represents the Norman invasion and William the Conqueror’s victory over the Saxon English king Harold a hundred years before this film is set, opening the movie by referencing the Tapestry subtly sets up the central socio-political tension of the Robin Hood myth between the conquering Normans and the subjugated Saxons, or, B) we learn later that Maid Marian embroidered all 230+ feet of the tapestry herself. 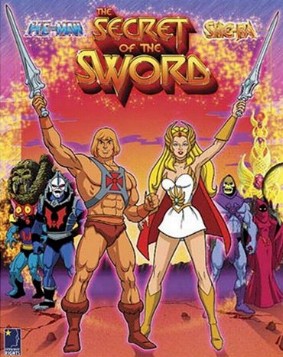 Just a quickie guide before we get into this, the “feature-length” origin adventure of She-Ra, barbarian princess of tie-in toys. Mattel passed up the opportunity to produce the Star Wars tie-in toys, a decision they never came to regret despite the series’ immense and lucrative popularity. Oh, ha hah, I kid. How I kid. The Mattel muckity-mucks spent the next few years sacrificing Barbie dolls to Ba’al in exchange for another shot at the Lucasian stupid-money.

Then, in the very early ‘80s, Mattel’s lead designer slapped some clay muscles onto a doll made of knocked-together parts from some random line and Mattel declared his creation “good.” Then he named it He-Man, generic enough to be marketed really easily, and the Mattel called it “very good.” And thus, in 1982, was He-Man brought into the world. It was a world obsessed with swords n’ sorcery, delighted by all things barbarian, and right then, totally digging on Conan (the Schwarzenegger film was one of 1982’s major hits). 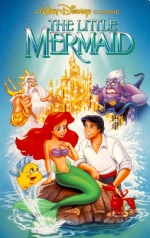 Our generation (late X) has made it to the crossroads of cynicism and nostalgia. Our knee-jerk poo-pooing of the things we loved as children is just starting to become knee-jerk wistfulness, in part because we haven’t done much thinking about these things in recent years, and in part because we’re starting to have our own children, and want to introduce them to the things we loved ourselves. However much qualified our interest in the artefacts of our own childhoods, they remain inherently fascinating to us.

Which may explain, in part, the backlash against the so-called Disney Renaissance films of the early '90s that seems to have infected the internet of late. From Hipster Ariel to Cracked.com’s takedown of Beauty and the Beast, it seems that everyone’s talking about Disney these days. And not particularly flatteringly.

And it’s tempting to want to join that hayride. Traditional cel-animation looks impossibly dated in these halcyon days of (occasionally) exceptional CG: the camera doesn’t move, the figures appear too flat and too smooth. Everything just looks so… well, cartoony. 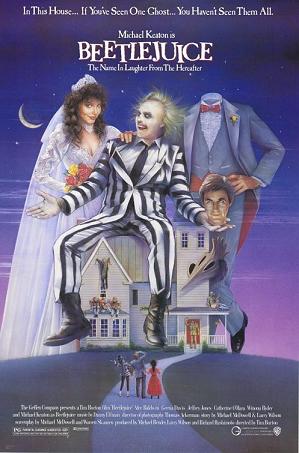