There's something interesting about how awards interact with the world of retail. See, for example, this morning's CILIP Carnegie & Greenaway Medal longlists.

More on this below, but also - all 40 longlisted books, with Amazon Smile links.

I'm reading and reviewing all ten finalists for the David Gemmell Legend Awards. You can follow along here.  And don't forget to vote.

I'm taking a brief break at the halfway point to stop talking about the books and talk about the Awards themselves. Please join in below.

There are two definitions of modest - "humble" and "small" - and generally when someone has a "modest proposal" they actually mean neither. So let's not beat around the bush here: this is about big changes, proposed arrogantly. 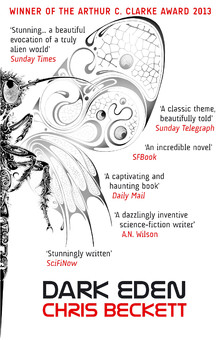 Shortly after winning the 2013 Arthur C. Clarke Award, Dark Eden by Chris Beckett was listed as #4 in the Amazon UK charts for paid books on Kindle.

Not a subsection Amazon chart but #4 out of all the paid books being bought on Kindle at that time.

Why is this important?

One of the first things I was told when I initially got involved with the Clarke Award almost a decade ago was that, while all very nice and lovely, no genre award, especially no UK genre award of which the Clarke was certainly the biggest, and ever had any real effect on actual book sales.

If we weren’t selling books, the logic went, none of the other awards would be either.

Side Note 1: When I say ‘selling books’ I’m using this to mean sales in the kind of numbers and time frames that publishers can actually notice. I’m not really talking about a couple of extra sales at a dealer's table, although those definitely help too!

As someone who first heard of the Arthur C. Clarke Award when it was one of the deciding factors in my spontaneously buying an intriguing new book called VURT by Jeff Noon – it was printed in the back copy too, not even on the front! – I wasn’t entirely sure this perceived wisdom was true, but then again I was a case study of one.

Justin Landon on "The Hugo Awards: An Entity at War With Itself"

Congratulations to the 2015 Hugo Awards Nominees. For all of you this is a life long dream that has culminated in your recognition by your peers. For some it must be terribly difficult. You have been recognized not because of the quality of your work alone, but because of an axe someone else wanted to grind against an institution.

Mind you, this isn’t to say you don’t deserve it. You might. But, it would be silly to ignore the fact that you got there because an incredibly vocal minority chose to make your nomination an ideological line in the sand. Unfortunately, this has created some measure of hysteria within science fiction and fantasy fandom, who have been pretending for years that the Hugo Nominations weren’t already horribly easy to manipulate.

Continue reading "Justin Landon on "The Hugo Awards: An Entity at War With Itself" " » 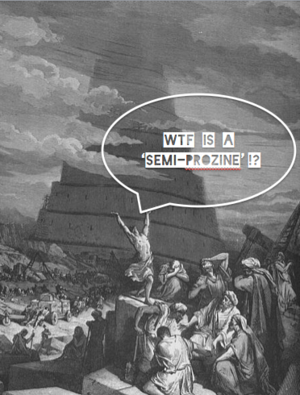 Every year the advent of awards season brings out the same perplexed discussions. Is x eligible? What is a y? What does z mean? Can I vote?! (Can I vote for myself?) Is voting the same as nominating? What's the difference between a nomination, a submission, a vote, a longlist, a recommendation, a shortlist, a ballot and a membership?!

Awards have each evolved their own bespoke vocabulary over the years. Their process may seem perfectly clear to them (that is, regular voters), but that still isn't the same thing as being  'simple'. And, in many cases, they make things worse - especially for new voters - with rulebooks that can seem deliberately arcane.

We live in an era of one-click purchasing and physical checkout processes that are 'wave your card until it beeps'. People expect simplicity. An awards process that has bespoke terminology, multiple stages and separate membership documentation gives a voter a lot of opportunities to get confused, misread the directions and/or drop out of the process.

(And that's before we add in the custom reverse-Australian-bucket-pool or jury-voter-hybrid selection system that each award has to feel 'unique'.)

For the hell of it - and to find some quantifiable metric - I measured the word counts of various awards' rules. Before anyone starts screaming, I know how dubious this is. But, it does make for a half-decent snapshot of complexity (and user-friendliness).

Posted by Jared in Poking at Awards | Permalink | Comments (14)

Poking at Awards: The Early History of the Hugo and Nebula Awards

A few years ago, I stumbled on a copy of A History of the Hugo, Nebula and International Fantasy Awards by Donald Franson and Howard DeVore. It was published in 1978 by Misfit Press, and by "published", I mean this is actually mimeographed and bound with staples. It is wonderful.

It is also the gift that keeps on giving, especially when it comes to shining a light on the these awards' charming and chaotic early years.

The first Hugo Awards were given out at the Philadelphia World Science Fiction convention in 1953. From the first, the awards were decided by popular vote.

That said, the nomination procedure - and the definition of 'the populace' - changed from year to year. In 1961 the germ of the present system became codified in Hugo law, as the organisers of that year's convention still allowed for public nominations, but changed it so only convention attendees could vote on the final ballot. In 1963, this was changed futher - so that only members of the current or previous convention could nominate. This is largely the system we now have today. (Well, except in terms of governance - the new WSFS constitution came about in 1974 and changed the definitions of everything, although the theory is still the same.)

The number of prizes varied from year to year as the individual convention committees chose to add or subtract categories that they felt relevant. Other categories - such as Dramatic Presentation - came and went depending on interest.

Continue reading "Poking at Awards: The Early History of the Hugo and Nebula Awards" »

Tis the season for nominations! I've been keeping an eye on some of the genre awards and, as I haven't seen any discussion elsewhere, I thought it'd be worth pulling this together in one place.

Not a rules change as much as a quiet modernisation: all five of this year's judges accept either pdf or mobi submissions. Hard copies are still preferred, but this is still a major - and welcome - change. Awards that insist on physical copies are, even without formal submissions fees, quietly discouraging small presses and (not so quietly) self-published authors - who may not have the operating funds to gamble on a prize submission. Also, in some cases, physical copies may not even exist.

Whether a formal or a de facto rules change, this is long overdue (and much appreciated).

If you're a BFS member and you've received issue 13 of the BFS Journal, it contains the results from a recent survey of the membership. There were no questions specific to the awards, but a few that helped reveal the make-up of the society. For example, when asked what sort of speakers people would prefer at events, authors (34%) came out on top, and independent publishers (29%) pipped mainstream publishers (27%). The British 'indie' scene was also mentioned in some of the responses. Many of the other comments - both positive and negative - were about the BFS as small or tight-knit community.

There were also several comments from both new and established members that approved of the BFS' shift to be less horror-focused.

I only mention all of this in regards to the awards. The BFA is a society award, so the answer to "who is this award for?" is "the members of the BFS". The prize's tradition of (at the risk of sounding tautological) "Britishness" and an over-abundance of small press shortlistees would seem to be supported by the membership.

Another slightly Awards-related article in the Journal is a round-table interview with previous BFS Chairs, including several enlightening references to the 'high melodrama' (to quote Ansible) of late 2011. As far as I know, this is the first(?) public statement from the Chair/Awards Admin (pro-tem) of the Awards before they were radically reformatted in early 2012.

Below the jump we get to the 'big' one - the BSFA rules changes.

I'm halfway through reading and reviewing the shortlists for the David Gemmell Legend Awards. That seems to be going well (and thanks to everyone who's joining in with comments and thoughts). What I wanted to do was create a separate space to discuss the award itself. What do you think works about the Gemmell Awards? What could other awards learn from it? If (when) appointed Supreme Leader of Earth, what would you do to improve on it?

As far as discussing awards goes, this seems a relatively straight-forward one - if this works, we'll move our collective gaze onto other awards.

The David Gemmell Awards seek out the best epic fantasy book of the calendar year. The exact definition of 'epic fantasy' is 'epic fantasy, high fantasy and/or in the tradition of David Gemmell'. The books are submitted by publishers. There's a fee and several copies are required, to be distributed to reviewers. The books all need to have been traditionally published [I believe], but digital-only books are accepted. Although the book must be published in English, publishers and voters come from around the world.

There's a little vetting based on genre, but generally speaking, all the submissions that fit the physical criteria become the 'longlist'. This is then voted on by the public - first down to a shortlist of 5, and finally to a winner.

I think that covers all the salient points. After the jump - what other awards could learn from the Gemmells and a few crazy (and not so crazy) suggestions... 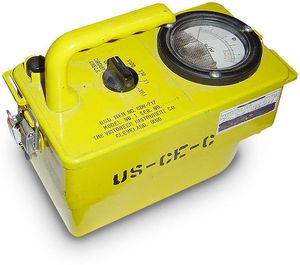 In the last installment of this increasingly bonkers blog series, we looked at audiences - who are awards for, anyway? That's the first half of the story - the second half, what is an award supposed to accomplish?

In the world of marketing, we chuck around a lot of esoteric vocabularity - things like 'awareness', 'market share', 'salience', etc - when it comes to establishing objectives. But the easiest way of getting to the heart of the matter is simply asking this: "What does success look like?"

This particular blog post speaks about two things - what success looks like (objectives) and how we see it (measurement).

Continue reading "Poking at Awards: What does success look like?" »